The Searing Quartet was formed in 1995 at the Maastricht Conservatory in The Netherlands.
Pianist Egbert Derix and saxplayer Peter Hermesdorf took the initiative to form this band as a “vehicle” for their own compositions and musical ideas. 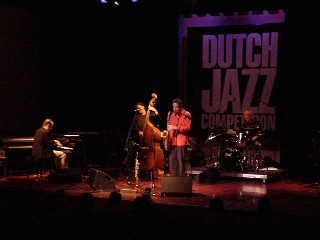 In 1995 they played at the “Dutch Conservatory Award” in Amsterdam and that same year they performed for the Dutch radioshow “Vpro’s Jazz op Vier” which was hosted by Aad Bos. In 1997 they won the “publieksprijs” (prize given by the public) at the “Internationale Jazzconcours” in Breda.

The quartet has performed in The Netherlands, Belgium, and Germany. In 1999 the Searing Quartet’s debut-cd, “Aquamagia”, was released. “Aquamagia” with Geert Roelofs on drums and Werner Lauscher on acoustic bass was produced by Christoph Erbstoesser and features the compositions of Derix and Hermesdorf . The  debut album was very well received by the public and the press.

In 2003 ‘Set Sail!’, their second cd, was released, and the Searing Quartet played at the North Sea Jazz Festival.

In september 2006 ‘Starling Hill’, performed by the Searing Quartet, is judged one of the best ten jazzcompositions at the annual Thelonious Monk Competition in Washington D.C.

In 2008 Iain Matthews & Searing Quartet release the album ‘Joy Mining’. The cd is also released in the UK on the Fledg’ling label.

In 2009 Egbert Derix receives a composition assignment from the Schunck* Glaspaleis in Heerlen, Netherlands. The Searing Quartet performs his suite ‘Jirayu’.

In 2014 “Joy Mining” is released in the US by Omnivore Recordings. 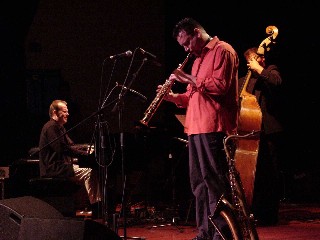 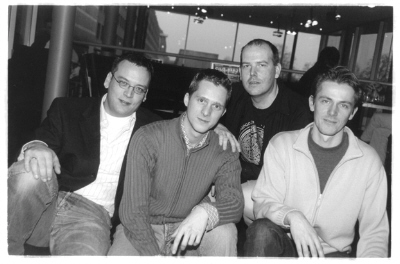 From the left to right: Peter Hermesdorf, Sjoerd Rutten, Egbert 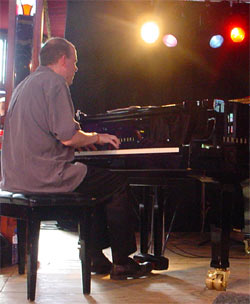 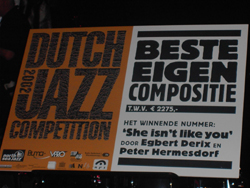 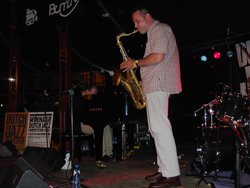